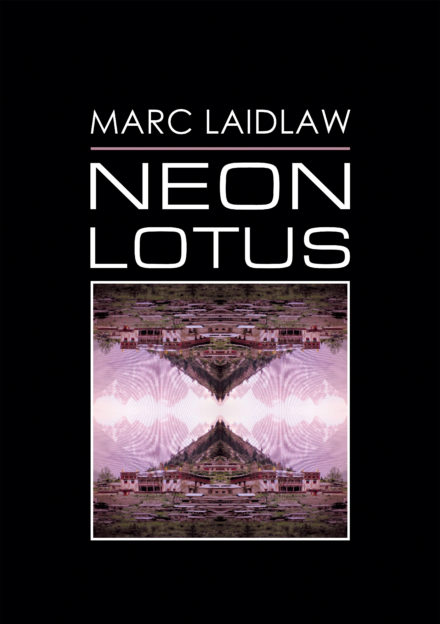 A finalist for the 1988 Philip K. Dick award, Neon Lotus is a colorful adventure of Buddhist cosmology set in a futuristic Tibet.

It begins with the assassination of a Tibetan scientist, creator of a “Bardo Device” that tags and follows souls from one life to the next. Identifying this soul’s next incarnation as the daughter of a Swiss-American couple, the murdered scientist’s assistant persuades the reluctant parents that their child has a critical role to play not only in the fate of an oppressed Tibet, but in the liberation of all beings.

Now a young woman, Marianne Strauss embarks on an adventure to restore the relics of an ancient Tibetan idol that is half computer, half divinity. Guided by a virtual goddess, aided by tech-savvy nomads, Marianne uncovers a demonic research program that could unravel reality…one based on the work of her previous life.

Can she really be responsible for the actions of a former incarnation? Can she finish what was begun by the stranger she used to be, while still being true to herself in this lifetime?

Out of print since its brief appearance as a paperback original, this is Neon Lotus’s first ebook publication.