I discovered yesterday that my blog was no longer cross-posting to Facebook, which I assumed to be the way most people would ordinarily find out about a new post. Anyway, although I posted a couple months ago about working on a new novel (currently called Under the Oversea), I never did get around to posting the news that I had finished the first draft. Here was a picture of how it all began: 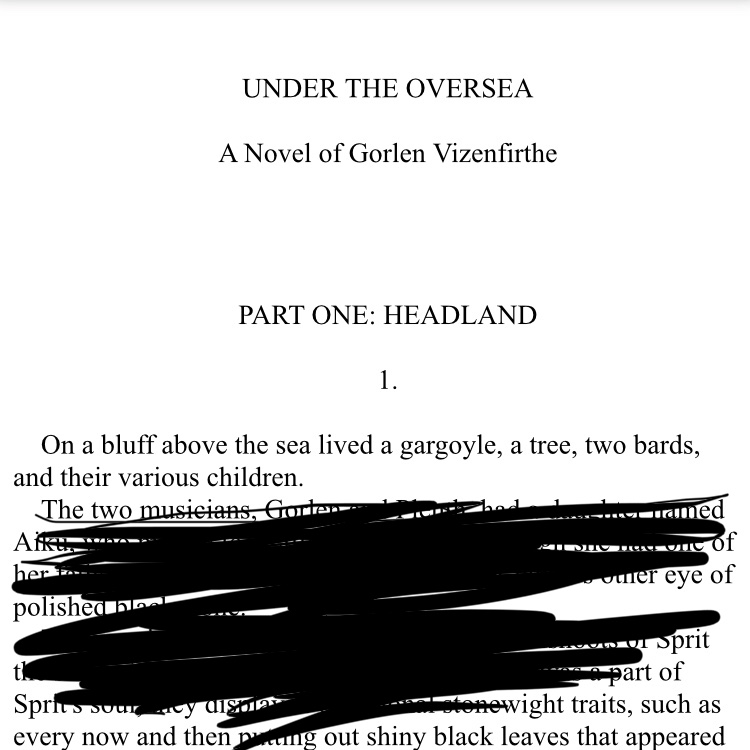 And here’s a shot of how it all ended: 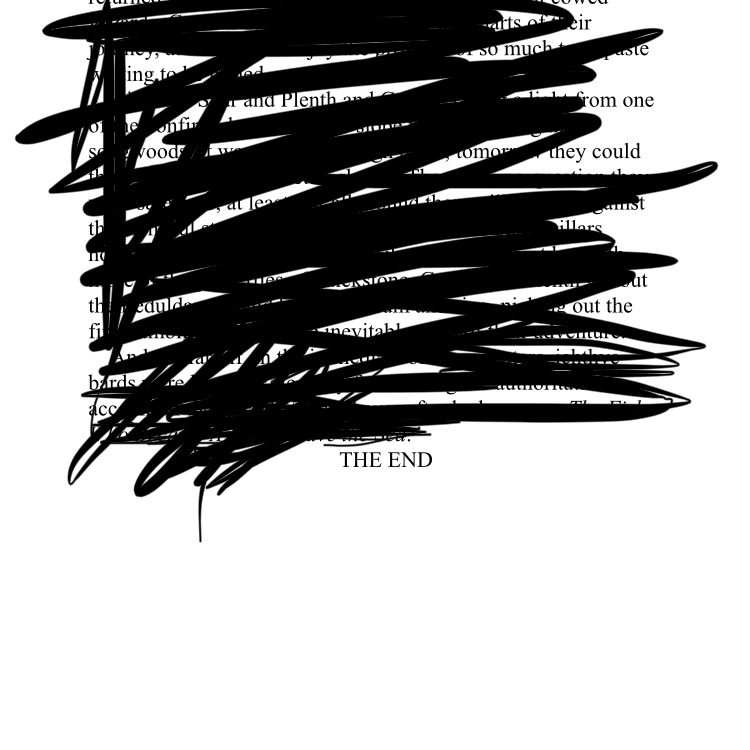 Currently I’m in the midst of revisions, so it looks a bit like this: 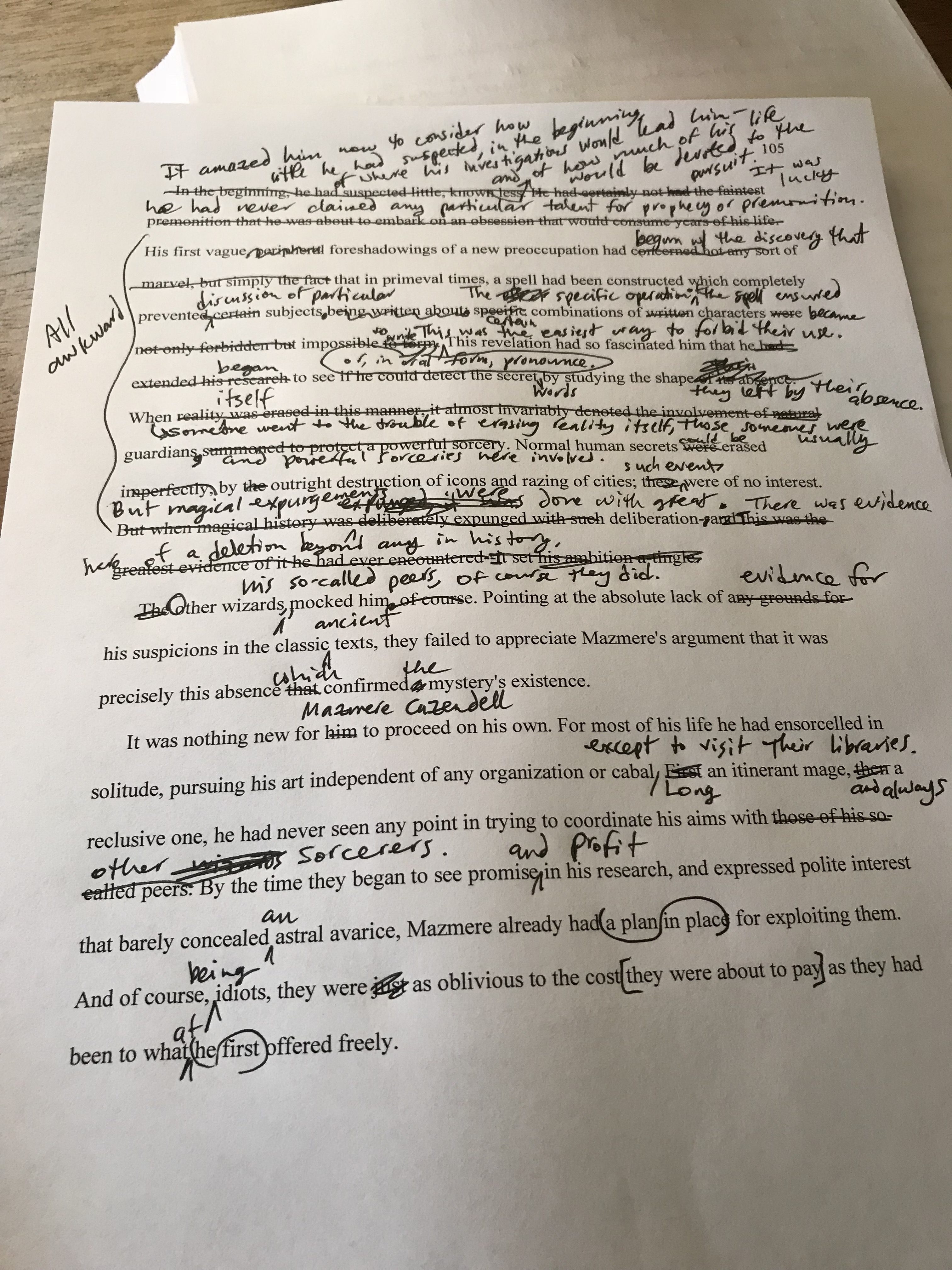 I suppose I should have mentioned possible spoilers.

First draft is a slender 70,000 words. It’s a pure fantasy novel but decidedly not an epic. I’ve written a number of stories about Gorlen Vizenfirthe, the bard with a gargoyle hand, but this is the first Gorlen novel. It will be quite a while before there is any sort of publication information. I just want to get through this first pass of revisions. I’ve already used up one pen and broken out a second. I haven’t written a book in a couple decades, so…wish me luck.