Rudy Rucker and I have been writing stories of surf-jerks Zep and Delbert since the mid 1980s, beginning with “Probability Pipeline” which appeared in George Zebrowski’s Synergy series in 1988. It’s a series, but we treat them like episodes in a comic strip, so not much carries over from one story to the next, other than the characters. They have changed over the years, but not much. 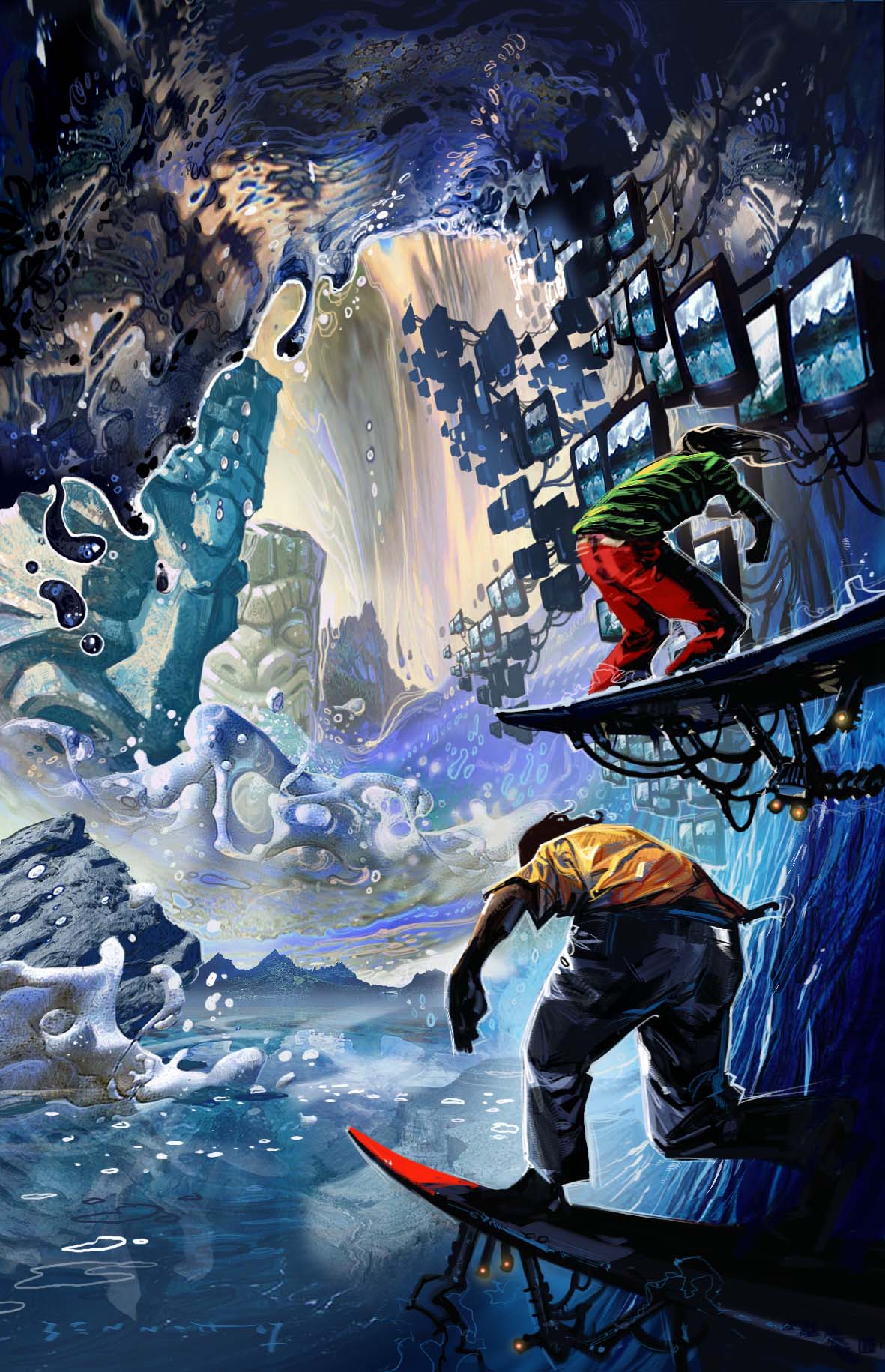 This summer we had the chance to hang out together for a couple weeks, and started talking about doing another. Each one of these seems a little crazier than the last, and we had a lot of fun writing it. The end result just sold this week to Isaac Asimov’s Science Fiction Magazine (which published the previous two, “The Perfect Wave” and “Watergirl”).

It’s called “@lantis.” I will post more when I know the publication dates. (For the complete series, don’t forget “Chaos Surfari”…the only one to have a band named after it!)

I also finally finished the latest tale of Gorlen Vizenfirthe, the bard with a gargoyle hand. I wanted to do one substantial story that would round off the series so that I could put it aside, maybe collect all of them in a single volume, give those who’ve been following the series over the years a sense of closure. I might come back to it eventually, either to continue Gorlen’s story or plug some gaps in between the existing tales, but for now it seems a good time to put it aside and make room for completely new ideas. This one is called “Stillborne.” No news yet on where or when it might appear.

And finally, a very short story called “Vanishingly Rare,” emerged almost out of nowhere. Well, not exactly. I spent much of last year going through my papers, preparing to pack them up for donation to UC Riverside’s Eaton Collection. Out of that mass of notes, I pulled one self-contained fragment that had been intended as a piece of a longer work to be called (at last retitling) The Secret War of Photographs. I doubt I’ll ever do the long work at this point (the fragment was dated 11/26/90, so it’s probably past its expiration date), but I did hit on a way to turn the fragment into a complete short story. I will post when it has found a home!