Sometime after Half-Life was finished, but before it had shipped, which is to say in the fall and winter of 1998, I tinkered with a deathmatch map. It was simply the thing to do in those days, and there was no greater glory (as I saw it) than to have made a popular one. I’d made a few terrible maps for Quake, and experimented a lot with Half-Life’s map editor (known at that time as WorldCraft rather than Hammer), but the one I called Cloister (because it was small and cramped) was the only one I sort of finished. The reaction internally was muted. We played a few times but there were no follow-up requests for more crazy fun in the Cloister map. I put it aside and stopped updating it.

Somehow it made its way into the world, and eventually into the hands of some totally hip and with-it young mappers, but especially this fellow who goes under the name of Trashbang (aka David Will). Over the last year (or more? more!) he’s been polishing it up, giving it reasonable textures and tweaking the geometry, and now it’s out and playable if you care to go to the trouble. Please read Trashbang’s post about the map, and why he renamed it, and how casual I was about the whole thing until now, when I’ll throw in a few extra exclamation marks to demonstrate emotion: !!!!!!!! 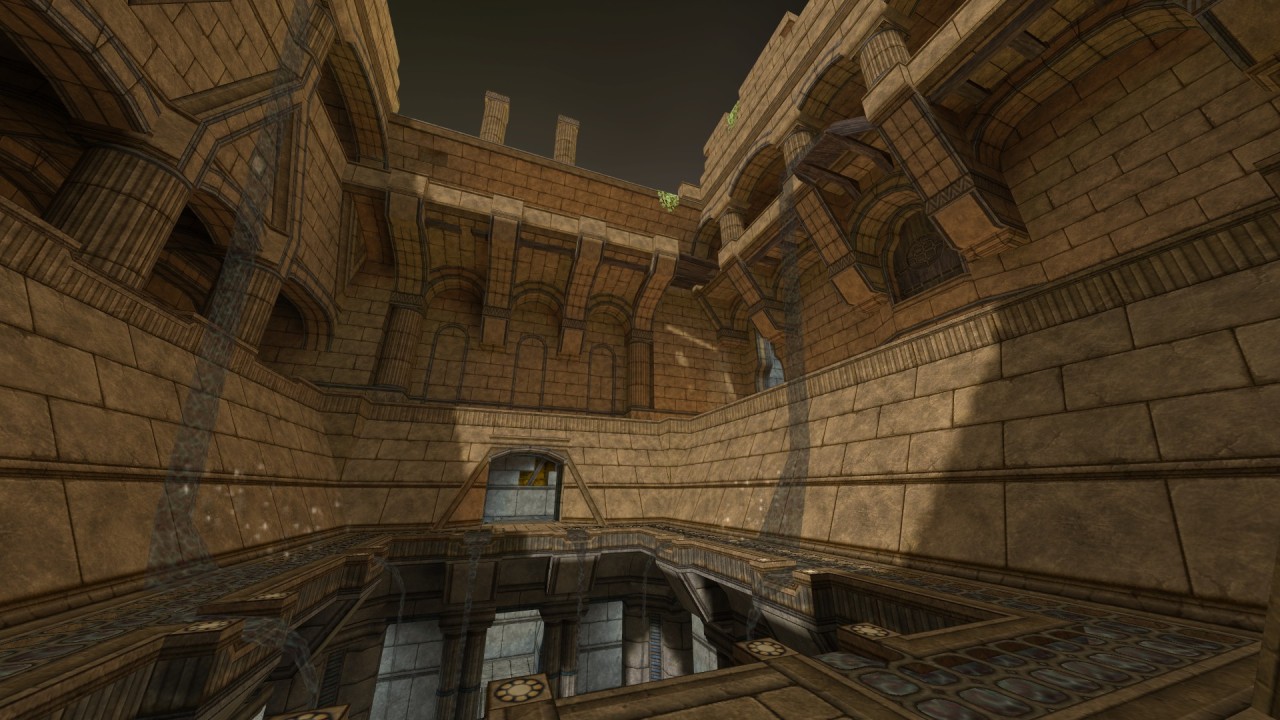 His buddy Joe Wintergreen kindly wrote to let me know the project was complete, and added this bit of feedback: “I tweeted it the other week and about 8-10 people ended up joining in all. We played for a few hours. It was really fun! Usually we only play Crossfire because I think most of the other stock HL MP maps are bad, and this one stood up, and is better than them. So well done to you like 18 years ago and pshaw to any Valve folks who weren’t into it! Bit surreal.”

So take that, all those who doubted Cloister’s potential. And let us never speak of this map again, unless we call it Lister.

Have fun playing it!

[Note: Around the same time I was trying to learn how to make levels, I was also writing this expert-level guide to level design: This Old Level.]