From A Tale of Two Cities:

“His message perplexed his mind to that degree that he was fain, several times, to take off his hat to scratch his head. Except on the crown, which was raggedly bald, he had stiff, black hair, standing jaggedly all over it, and growing down hill almost to his broad, blunt nose. It was so like Smith’s work, so much more like the top of a strongly spiked wall than a head of hair, that the best of players at leap-frog might have declined him, as the most dangerous man in the world to go over.” 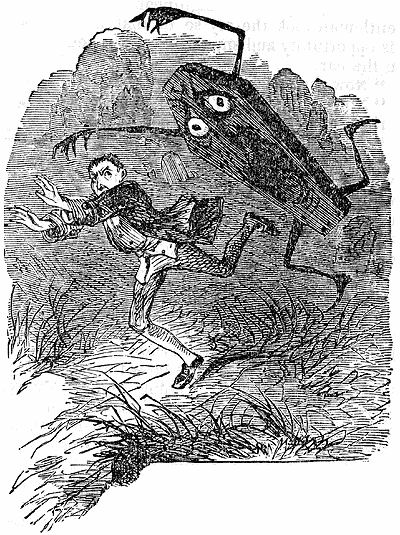 Plus, the nightmarish pursuit of young Cruncher by coffin.