After hearing me talk about David Fincher’s abandoned animated “400 Boys” project (part of an attempt to revive Heavy Metal as a 3D feature) on The Outer Dark podcast (listen in for the full story), Anya Martin of that very same podcast contacted Raymond Swanland and managed to get permission to post two pieces of concept art. There’s an image of Slash confronting one of the 400 Boys, and then a promotional image featuring a Galrog. Since I own the property on which these images are based, I’m going to see if I can help get permission to display the rest of Raymond’s wonderful work on this project. If nothing else, it would be nice to be able to run the images alongside the story, even if only online. 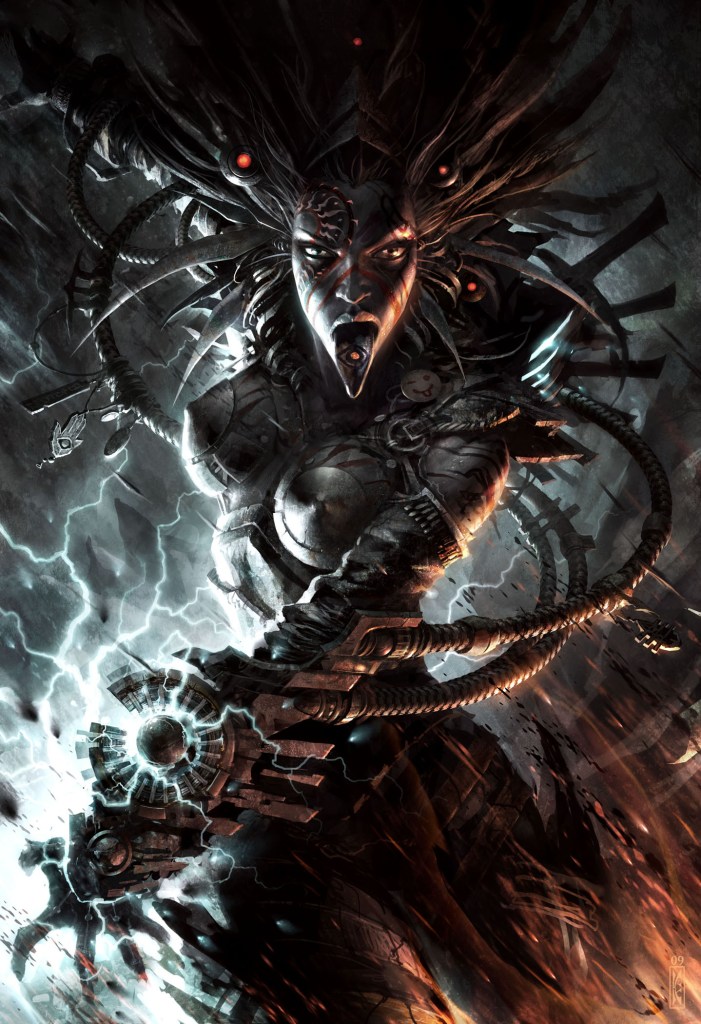