I think book trailers are dumb.  Partly it’s due to the fact that most are badly done (although they seem to be improving), partly it’s that the experience of watching a trailer is nothing like reading a book.  A movie’s trailer at least gives you scenes from the movie it advertises.  A book trailer gives you nothing of the experience, which is that of reading a written word.  When I think about what attracts me to a book, it is usually a jumbled impression of fleeting sentences gained by flipping through the pages, catching sight of stray, disconnected sentences, and wanting to know more.  Since the books themselves already contain these sentences, what is needed is a way of simulating that experience of skipping through pages as you’re standing in a bookstore or a library.  As more of us buy from online dealers, and spend less time in bookstores, the act of riffling pages has become endangered.  So trailers seem like a decent form for catching the attention of internet readers–except for the fact that, for me, they just don’t work.

What I’d like to see is something closer to a written trailer–a heavily edited, chopped-up, artfully scattered and rearranged, breathless set of passages from the book itself.  Stray sentences, evocative names, intriguing set-pieces–spoiler free, or at least extremely misleading.  Something that gives you the flavor, the scent of a book; sentences that convince you that you’ve got to dive in and find them in context.

Someone, some publisher, should have a contest.  Encourage readers of some of your recent books to put together clever text-only teasers.  Use the winning entries to promote those books.

(I tried this in the preface for my novel KALIFORNIA, which seemed justified then because the book was about TV.  But really this approach, if it worked, wouldn’t need any meta-justification.)

The judges of the 2009 Philip K. Dick Award and the Philadelphia SF Society, along with the Philip K. Dick Trust, are pleased to announce seven nominated works that comprise the final ballot for the award:

First prize and any special citations will be announced on Friday, April 2, 2010 at Norwescon 33 at the Doubletree Seattle Airport Hotel, SeaTac, Washington.

The Philip K. Dick Award is presented annually with the support of the Philip K. Dick Trust for distinguished science fiction published in paperback original form in the United States.  The award is sponsored by the Philadelphia Science Fiction Society and the Philip K. Dick Trust and the award ceremony is sponsored by the NorthWest Science Fiction Society.  Last year’s winners were EMISSARIES FROM THE DEAD by Adam-Troy Castro (Eos Books) and TERMINAL MIND by David Walton (Meadowhawk Press).  The 2009 judges are Daniel Abraham (chair), Eileen Gunn, Karen Hellekson, Elaine Isaak, and Marc Laidlaw.

For more information about the Philadelphia Science Fiction Society, http://www.psfs.org/:

For more information about the Philip K. Dick Trust: www.philipkdick.com

For more information about Norwescon:  http://www.norwescon.org/:

Every Friday, Tor.com has been posting selections from Year’s Best Fantasy 9.  Today, my story “Childrun” is among them.  (Howard Waldrop and Paul Parks, too!)  Meanwhile, the latest story “Songwood” is in this month’s issue of Fantasy & Science Fiction, and I’m waiting to see if my preparation of “Dankden” shows up at F&SF’s website to run along with it.   If so, I will provide a link.

At the end of this month, I will be attending the World Fantasy Convention for the first time in many years.  I am scheduled for two events:

Friday, 5 P.M. – A Reading.  Location TBD.  I will probably read “Songwood,” before its appearance in the Jan.-Feb. issue of F&SF.

Ellen Datlow sent along the text of a review of Lovecraft Unbound. It is will appear in a forthcoming Dead Reckonings.  We’re permitted to use excerpts, so I’ve dug out some that relate to my story:

The two present volumes are among the latest additions to the jewels in Cthulhu’s treasury. Both anthologies share the ambition of highlighting the “Lovecraftian”—the nebulous quality of weirdness and mood that is so much more than monsters from Outside and strange little New England towns. Marc Laidlaw puts it best when, in his comment on his story in Lovecraft Unbound, he writes, “Learning from Lovecraft, without leaning on him, is the challenge.” And in this, both anthologies succeed remarkably well.

An adventurous mycologist looking for a missing expedition visits a certain Asian plateau in Marc Laidlaw’s “Leng.” This is one of the more subtly disturbing stories of the book in its depiction of bodily invasion and the subversion of self; certain properties of the unique fungus located by the mycologist remind me of Clark Ashton Smith’s “The Seed from the Sepulcher.” It is also a good example of how names from Lovecraft’s mythos can be dropped as part of the background for a story, not taking centre stage as in some pastiches of doubtful quality.

Game imagery is so pernicious that it is starting to invade science fiction novel cover art.  Here, from Jeff Vandermeer’s forthcoming FINCH, which almost certainly contains mushrooms galore, is some architecture that appears to have come straight out of Mario’s Mushroom Kingdom.  My kids saw only this much and thought these were Mario mushrooms:

Yes, that cover really is beautiful.

Meanwhile, from Ed Lerner’s forthcoming SMALL MIRACLES, a novel of nanotechnology gone awry, a bookjacket covered with a bunch of iconic Metroids:

Here is a real Metroid for comparison purposes.

And here is a mushroom.

Please do not rely on this guide in the field.  Speak to an expert before consuming any wild-caught mushrooms or Metroids. 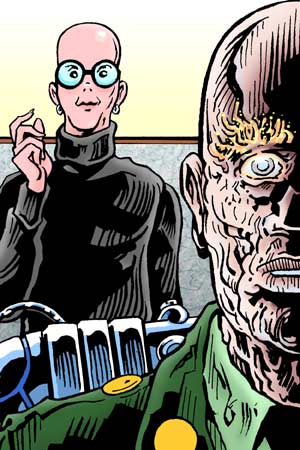 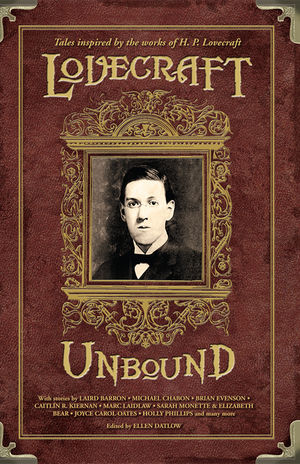 My blog was disabled when this interview came out, so here is a belated link.  It’s one of the more enjoyable ones I’ve done in a while.  A little bit of everything is covered, from games to Lovecraft.  That’s pretty much the gamut, right?

Year’s Best Fantasy 9, edited by David Hartwell and Kathryn Cramer, is available now, but not in stores. This is Tor.com’s first publication, and exists as a POD-only venture to be followed shortly by an ebook.  It’s 475 pages, priced accordingly, available direct from Tor and from the usual Amazonian marketplace.  I think the POD model is an interesting one for books, especially when they have the full force of a professional publisher behind them (good editors, skilled proofreaders, experienced production staff, etc.).  This bodes well for the future. 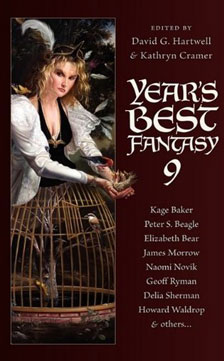 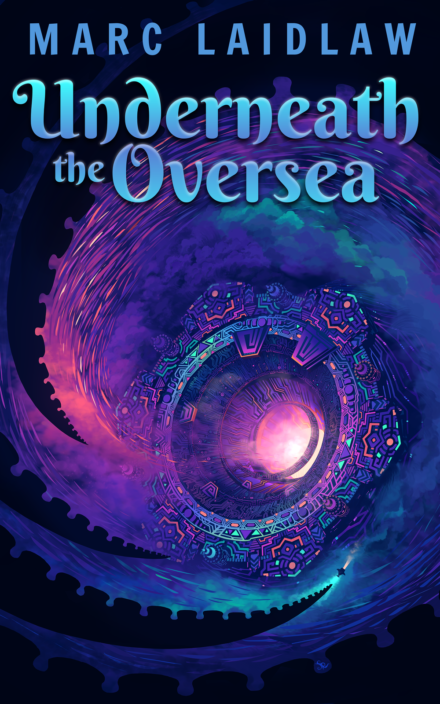