On the evening of June 15, I will be reading some short fiction at the KGB Bar in New York City, as part of their monthly “Fantastic Fiction” series. Also appearing is Daniel Braum, whose new collection The Night Marchers looks pretty cool. Maybe I will see you there…or will I? (I always hide in a dark back corner and read in a sourceless voice.)

“The Finest, Fullest Flowering” has been slated to appear in the June issue of Nightmare Magazine.

Here is the opening:

A sour note shrieked from the limousine’s speakers, making Milston’s fingers curl in his lap. He took a moment to compose himself before rapping precisely, and with a now steady hand, on the glass separating him from the driver. The tone had droned into a hum that tunelessly dreamt of someday becoming hypnotic. “What is this we are listening to, and is there any way to turn it off?”

“Down, sir, but not off, I’m afraid.” The driver lowered the volume to a level barely audible; this was in some respects even more annoying. “Part of the colony’s ambiance, sir. Part of the design. Won’t be much longer though, sir. We’re almost there.” 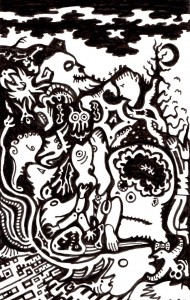 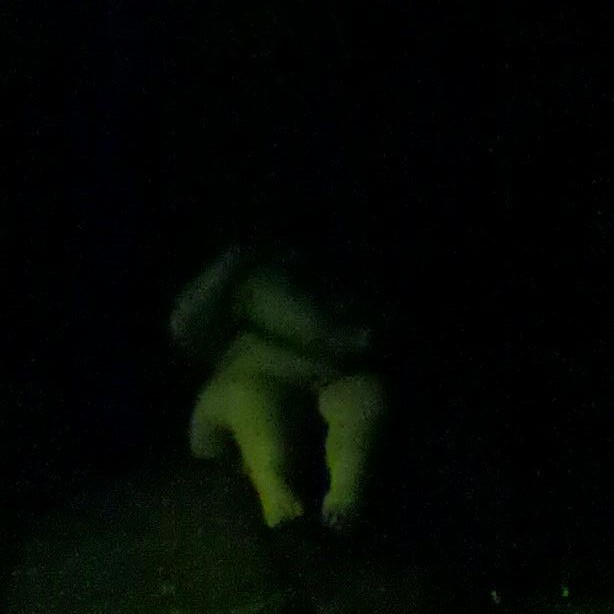 –“How many of your memories of the world beyond the border are verifiable?”

–We were the 12th expedition.

—“How calm do you think you might be in an emergency?”

–There were four of us.

—“When I snap my fingers, you will have no memory of this conversation, but will follow my directives.”

–Our mission was simple.

…In the black water with the sun shining at midnight, those fruit shall come ripe…

—The brightness washed over me in unending waves and connected me to the earth, the water, the trees, the air, as I opened up and kept on opening.

–Emerging from that space was a foot and the end of a leg, amid a flurry of disrupted sand.

–The sea was ablaze with light, but nothing beautiful here fooled me anymore.

–Vaguely, from some far-off place, I realized that the words on the wall were being infused with sound as well, but that I had not had the capacity to hear it before.

–The smell of lime and mint unexpectedly arose, cutting through the must, the loam.

–We stopped calling back when the intensity of its moans heightened in a way that suggested anger, as if it knew we were mocking it.

–By the time we were ready to cross the border, we knew everything… And we knew nothing.

–I could no more have turned back than have gone back in time.

–I’d had experience enough with lighthouse keepers to know one when I saw one.

–Of all my answers, “Breakfast” annoyed her the most.

–I could not deny that these habitats were transitional in a deeply unnatural way.

–No one ever explained what form “extraction” might take.

–They did not have the will or inclination to clean the kidney-shaped pool.

–I suppose I should have reared back from the microscope in shock.

–Perhaps it is “merely” a machine.

–The map was the first form of misdirection, for what was a map but a way of emphasizing some things and making other things invisible?

–We had all been given self-destruct buttons, but the only one who could push them was dead.

–I’m well beyond you now, and traveling very fast.

“The truth is that the Thern have had — and still have — an option to interpret holy teachings either to exalt or subjugate the green-skinned Thark and copper-skinned humans of Helium. They have, for their own selfish ends, overwhelmingly chosen the latter. Their continuing choice provides the foundation or justification for much of the pervasive persecution and abuse of Thark and egg-bearing humans throughout the Martian world.” 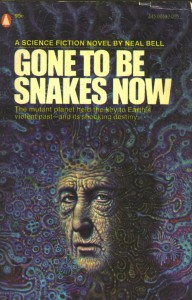 I owned this one. I may even still have it. I found it irresistible and intimidating in equal measure, so they achieved a sort of balance in which I occasionally looked at the cover but never actually managed to get closer to it than that.

The first issue contains eight excellent articles, written by some of the leading academics in the Poker-Cheating-Ghost systems theory and application field: