Sometimes I get a little homesick for San Francisco.

I see from the Wikipedia entry on James Tilly Matthews that some use of this remarkable mythology has been made in fiction, but clearly not enough.  I attended the wretched movie Wanted in hopes that something like this would surely be involved in a movie about a cabal of weavers who receive instructions from a mysterious loom…but this material remains to be exploited.  I only hope it falls into worthy hands.

Myths Over Miami is still one of the most amazing things I’ve ever read.  Over 11 years old, the link still works.

Could an autonomous AI be prone to self-deprecation?

This Locus notice gives word that Algis Budrys has passed away. Among his accomplishments, it fails to note that in the 70s, Locus itself ran Budrys’s monthly column on the art of writing, which was highly technical, precise, and illuminating. These formative essays deeply colored the way I thought about the thing I most wanted to do with my life. 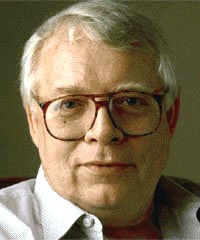 So, another fine teacher.

I saw this shirt in Berkeley several months ago, in a shop on Telegraph Ave. By chance I tracked it down this morning, only to learn that they are all sold out.

And this YTMND is suitably ubiq.

And don’t miss this beautiful variation on the theme.  The theme of Pac-Man.

Lucius Shepard has a good take on the movie, which is an entertaining mess that most will hate, but which I enjoyed.  It reminded me of the great sloppy sf satires of the 50’s–far more like a real Philip K. Dick novel than the sanitized Seinfeld-like sketches of Linklater’s adaptation of A Scanner Darkly.  I guess it’s what Kelly did after realizing his Cat’s Cradle screenplay was never going to get made.  People don’t make movies like this anymore.  They don’t even write books like this.  I’m a fan.

“The idea that people have a simple, fixed, continuous character seems to be the least realistic assumption of most fiction. Human personality seems to me to be too emergent and shadowy to support either the motivation of fiction or the fiction of ‘motivation.’ Most explanations of the things we do are, in terms of cognitive science, after-the-fact rationalisations. So what kinds of stories can you write about lives that are, as the British philosopher John Gray puts it, ‘more like fragmentary dreams than the enactments of conscious selves’? My fiction always tries to question our sense of ourselves as complete, continuous personalities in a dependable matrix of cause and effect–a project I think Philip K Dick might have approved of. I’m honoured to have been considered for this award, and delighted to receive it. I’d like to thank the judges and organisers; Juliet Ulman and Bantam Spectra for their efforts in the US on behalf of Nova Swing and its predecessor, Light; and Marc Laidlaw for briefly becoming–or not becoming–me.”

I also had the pleasure of meeting Jon Armstrong and inducting him into the Near-Dickian PKD Also-Ran Society (he was there to read from his novel, Grey). Other highlights were meeting Naomi Novik and her husband Charles, hanging briefly with Michael Swanwick, and indulging in a bit of Matango-philia with Jeremy Lassen of Night Shade Books.

One benefit of getting to know Ken Rolston was that I finally got to ask someone how they came up with the thousands of fantasy names in Morrowind.  I had always pictured that there was one guy sitting at a desk for months on end putting together evocative cognomena, and this sounded like an ideal job.  But my suspicion was that they had a procedural solution.  According to Ken, “I created custom name seed sets for many of the races, and then edited the name-forming rules to generate a better quality dump, and THEN had to be a little choosy about what we used.  But this is a delightful tool to play with.”

And indeed it is:  The Everchanging Book of Names.