The Mercury Theater’s Dramatization of G.K. Chesterton’s The Man Who Was Thursday. 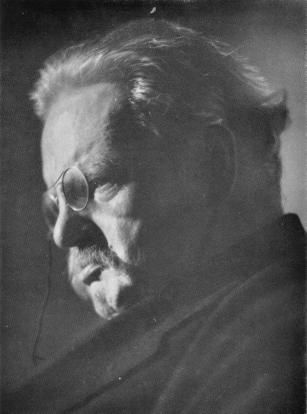 If someone could stick an iPod in G.K.’s ear, it would be much appreciated. 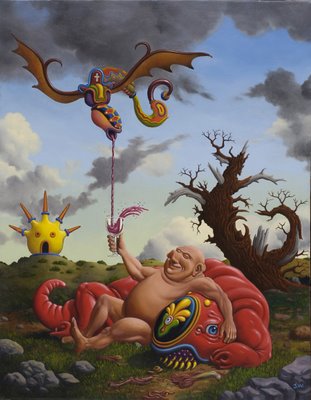 Tonight I was driving home from work listening to Chuck Palahniuk’s Rant on my tape deck. A few miles from home I got behind a black Corolla with STUDENT DRIVER painted on the fender in huge white luminous block letters. I’m driving along for mile after mile, just below the speed limit, keeping my distance, while the voices in the story speak. My mind wanders.

In the story, a carload of characters are driving along in the dark, talking.  One says something something like, “I think we’re missing Soccer Moms tonight. ”  Another answers, “Nah, tonight is STUDENT DRIVERS.”

Philip K. Dick was a master of this sort of reality-creep.  Chuck P. has it too.

One of my co-workers created this awesome movie of tiny automated machines at work. So great. Beg Nintendo to bring it stateside. I have, but so far to no avail. 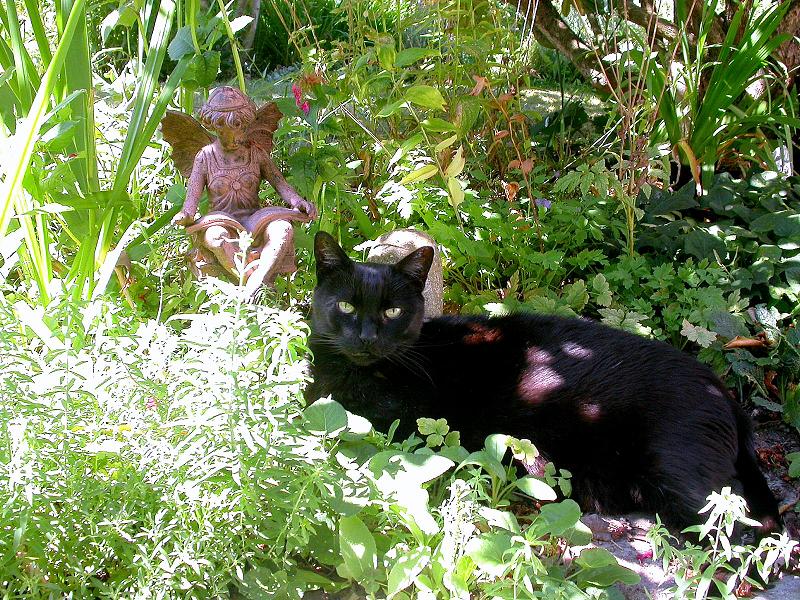 THE CAT AND THE MOON

The cat went here and there
And the moon spun round like a top,
And the nearest kin of the moon,
The creeping cat, looked up.
Black Minnaloushe stared at the moon,
For, wander and wail as he would,
The pure cold light in the sky
Troubled his animal blood.
Minnaloushe runs in the grass
Lifting his delicate feet.
Do you dance, Minnaloushe, do you dance?
When two close kindred meet.
What better than call a dance?
Maybe the moon may learn,
Tired of that courtly fashion,
A new dance turn.
Minnaloushe creeps through the grass
From moonlit place to place,
The sacred moon overhead
Has taken a new phase.
Does Minnaloushe know that his pupils
Will pass from change to change,
And that from round to crescent,
From crescent to round they range?
Minnaloushe creeps through the grass
Alone, important and wise,
And lifts to the changing moon
His changing eyes. 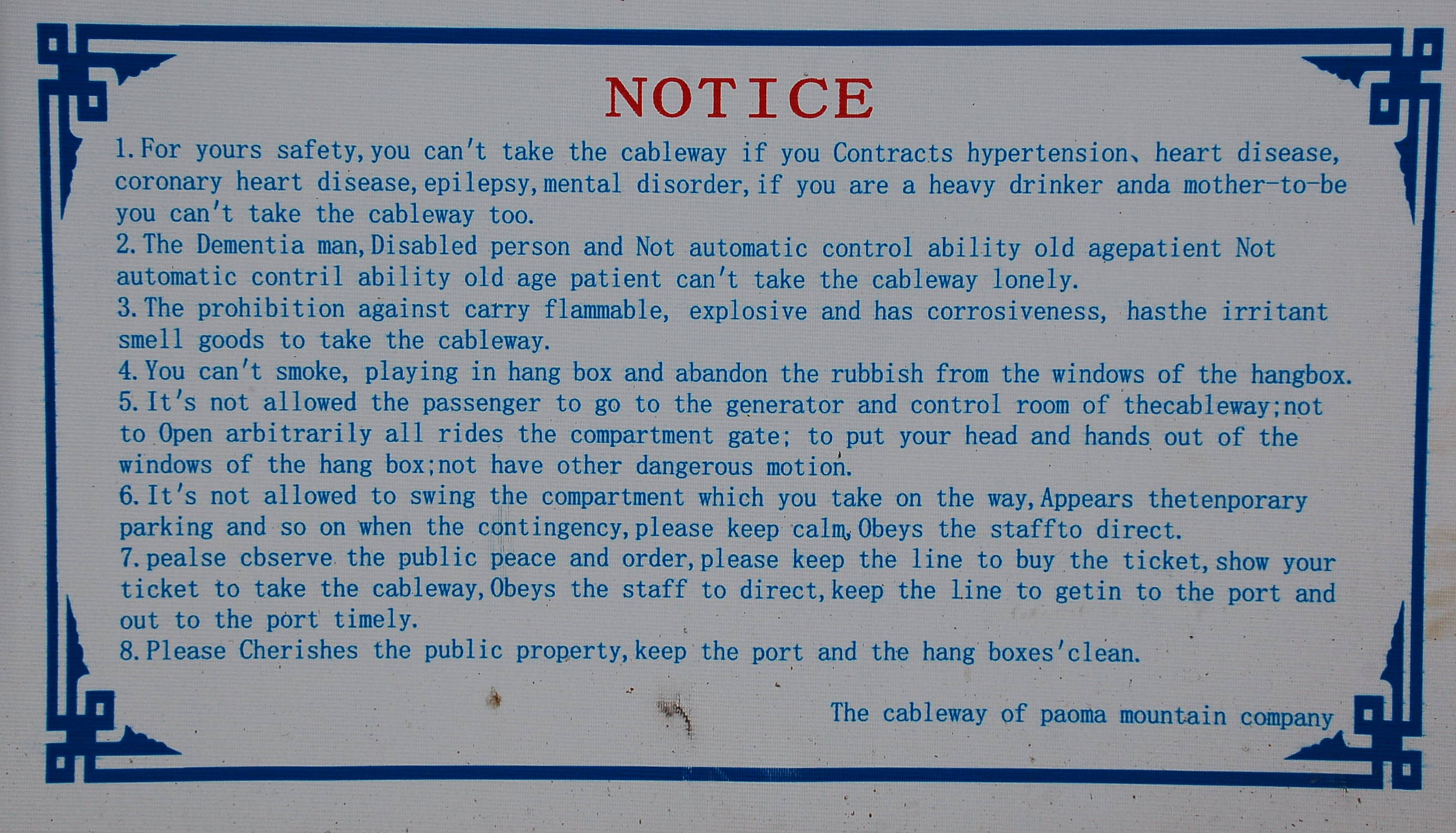 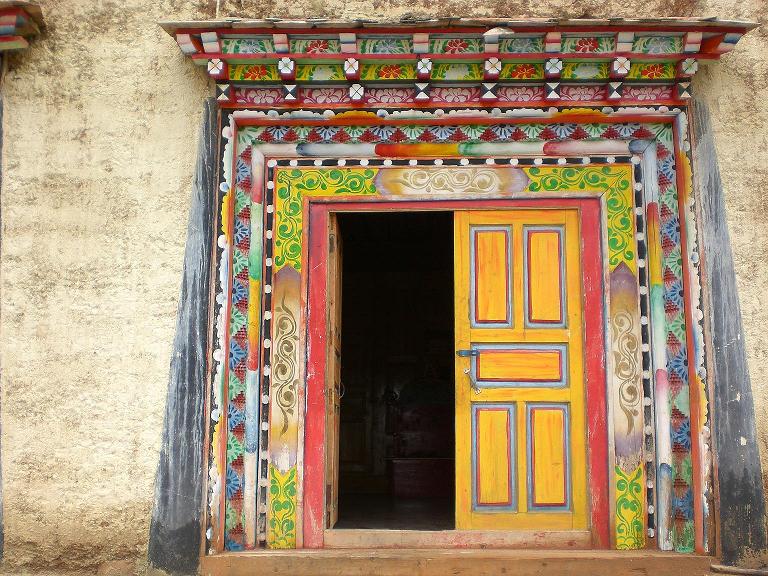 Expedition was a success, although we are still awaiting positive identification of Amanita libertibetensis.

I set out for Leng shortly. I do not anticipate being able to file further dispatches until the conclusion of the expedition led by Prof. Winkler. Let us pray there are no encounters with Matango. (If it’s any consolation, I believe the atmosphere of Leng too rarified for the tropical species.) 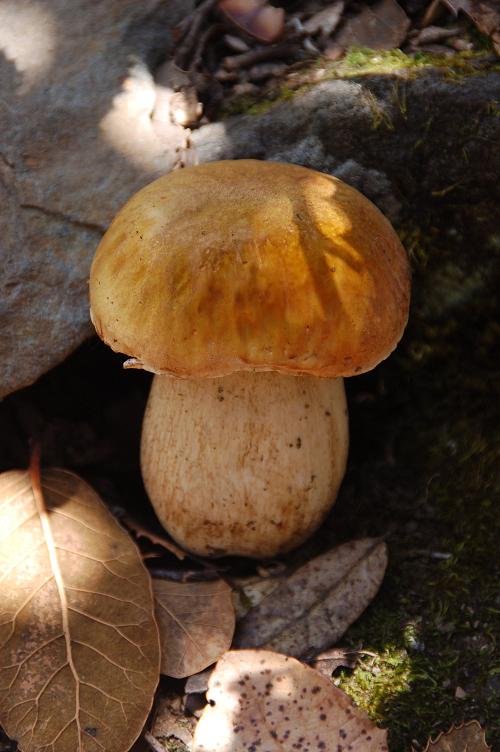 For the second ascent we were well prepared.
We had body bags and a guide who cared.
We had endless ropes and a bag of traps
And the lairs were laid out upon all the maps.
We had food for months and assorted knives,
Though the points had been dulled to appease the wives.
We had water and matches and even a kite
That we’d fly to scare spirits away at night.
We made certain that none of the cots was shared.
Oh yes, for the second ascent we were well prepared.

For the second ascent we acquired a priest,
One who treasured most what we prized the least.
We heard tell the old-timers at last confessed
When their cleats and tents had been doubly blessed.
He brought braziers and Bibles in every tongue
And a stole in case somebody had to be hung.
He was pious and chaste and knew many a song,
Though his stride was as short as his patience long.
If worse came to worst he could sanction the feast.
Hell yes, for the second ascent we required a priest.

For the second ascent we forgot the first,
With its blinding nights and its storms of thirst.
We put all those memories out of our minds,
From the littlest loss to the gorier finds.
We retraced our old path without seeing the tracks
Of our previous climb: the discarded packs,
The disturbed rock cairns with their charcoal runes,
The racks of ribs and the crusted spoons.
We stopped our ears to the winds that cursed.
Out of mind, for the second ascent we forgot the first.

For the second ascent it continues still,
And it seems rather rash to have left no will,
With the mist having hidden the earth from sight
And the stars above thicker by day than night,
My altimeter burst and my compass dead
And the cold in my bones leaching into my head,
Every camp falling short of the sites we’d drawn,
Every marker misplaced and then totally gone.
Could our critics have really meant us no ill?
So it seems, for the second ascent it continues still.